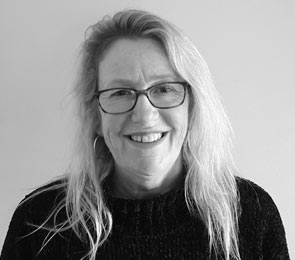 After leaving school at 14 and stepping straight into the workforce, Donna worked for seven years before moving to Western Australia at 21.

Whilst continuing to work, Donna followed her love and passion by helping out family and friends looking after their children.

After returning to Victoria she began working in the Defence Force at the Army School of Health. Donna met her partner there and became a stepmother of two young children, later moving to the Western Suburbs to be closer to the children.

Donna and her husband then had two children of their own and moved to Gordon when their youngest child was two months old. Donna found it very isolated and lonely being a stay at home mum. When Donna’s eldest started Pre-school she decided to join the School Committee. After being a regular parent helper over a couple of years and because of her love of children Donna was asked to fill in for a term as an Educator and this is where her career in Early Childhood Education began.

Donna moved with her family to the Geelong region in 2010 and has continued to work in the Early Childhood Education, a total of 15 years. Donna felt a connection and empathy for the younger mums she met through Pre-school. Donna had experienced a similar isolation and loneliness they felt, the kind that comes from moving to a small country town.

Recently Donna has been in a mentoring role and has found it very rewarding and fulfilling being able to help younger mums find their inner strength and see them take leaps and bounds in their life choices. Donna has had close relationships with her children’s friends and has seen the real struggle with mental health, family violence and poverty and knows The Empowerment Challenge hub would always be a place where they could could come for a chat, cuppa, or just hang out rather than feel alone.

Meeting other passionate woman has been such a gift and I know together we will be able to change the lives of thousands of people through The Empowerment Challenge.